Sheri began performing professionally at age 16. She was born and raised in Dallas, Texas, moved to Austin in the late 70s, then to Tulsa Oklahoma in 1990. Sheri performed at the Bergstrom Air Force Base NCO club alongside headliners such as, “Asleep at the Wheel” and  “Cooter Brown.”

She's won awards for her original songs and has 3 songs listed in the Billboard Charts with honorable mention.

Sheri has performed on numerous television shows and was featured back-up vocals for numerous radio commercials. She has worked with some pretty talented folks and is honored to have been a part of the Tulsa music scene for over 18 years.

Sheri along with Nancy Harris performed their "Other End of the Road" CD release show at artist and friend, Andre Miripolksy's art studio in Los Angeles.

Sheri,  along with her band "Instant Karma", performed for the “Tulsa Blues Festival” two  consecutive years, among other major functions. "Instant Karma" won first place in the Tulsa’s Best Blues Band Contest. Sheri has opened for Ian Moore at Cain’s Ballroom in Tulsa, Aaron Neville at the Riverparks  Amphitheater in Tulsa, as well as sang the duet “You’re The Reason God Made Oklahoma” with David Frizzell at the Cookson Jubilee in Cookson, OK. Sheri was also a featured artist on the “Up Late with Ben Sumner”  show out of Tulsa, OK.

"More recently I was invited to open for Kadie Lynn of America's Got Talent at the 2019 ProJam in Kemp, TX. and I was nominated for Acoustic Artist of the Year for the 2019 East Texas Music  Awards. I am super jazzed about that. I am back in the studio recording, working on new songs as well and continuing to do my art. I am also teaching acrylic painting classes.

Thanks so much for stopping by to check out what I'm up to."

Listen to some of Sheri's original tunes on  ReverbNation

Sheri is also the Founder and Creative Director of HeARTS Found. A nonprofit organization dedicated to "Healing through the ARTS". More about HeARTS Found HERE

I am stoked about teaching acrylic painting classes. Come take a journey to your inner artist with me. 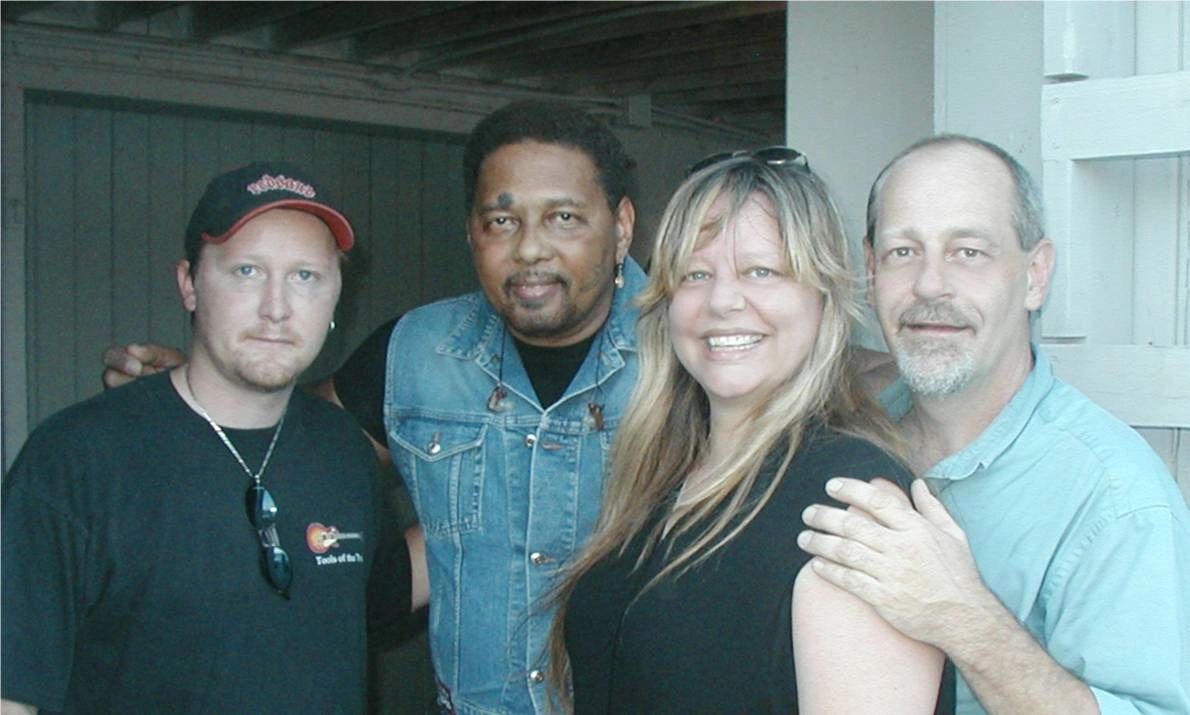 Mike Polk, Sheri Booth & Steve Purple made up this Electric/Acoustic powerhouse! (2002-2005) They opened for the Neville Brothers at Tulsa Riverparks Amphitheater, played the Tulsa State Fair and Tulsa Blues Festival as well as Tulsa's October Fest.

In Loving Memory of Mike Polk~You are missed

Something pretty cool was up when Sheri Booth met Billy Keith Bucher and Tommy Aduddell.

Eddie Pardee as well as T. D. Wilt's open mic nights were always alive with great tunes and good vibes. These  seasoned musicians bonded over their shared passion for quality sound,  tasty rhythm and engaging lyrics. Each member of Relevant brings a  unique musical aesthetic to the band and in just a few short months they  have grown comfortable jumping genres and combining influences.

We  really weren't looking to form a band starting out. We simply enjoyed  playing together. After we did a few open mics and a month of local  gigs, we realized we had something pretty tasty here. Billy is a great  percussionist and keeps the back beat steady while Tommy and Sheri bring their unique guitar, harmonica and vocal skills to the mix. It's a feel  good vibe all around.

Unfortunately COVID showed up and we all got put on hold.